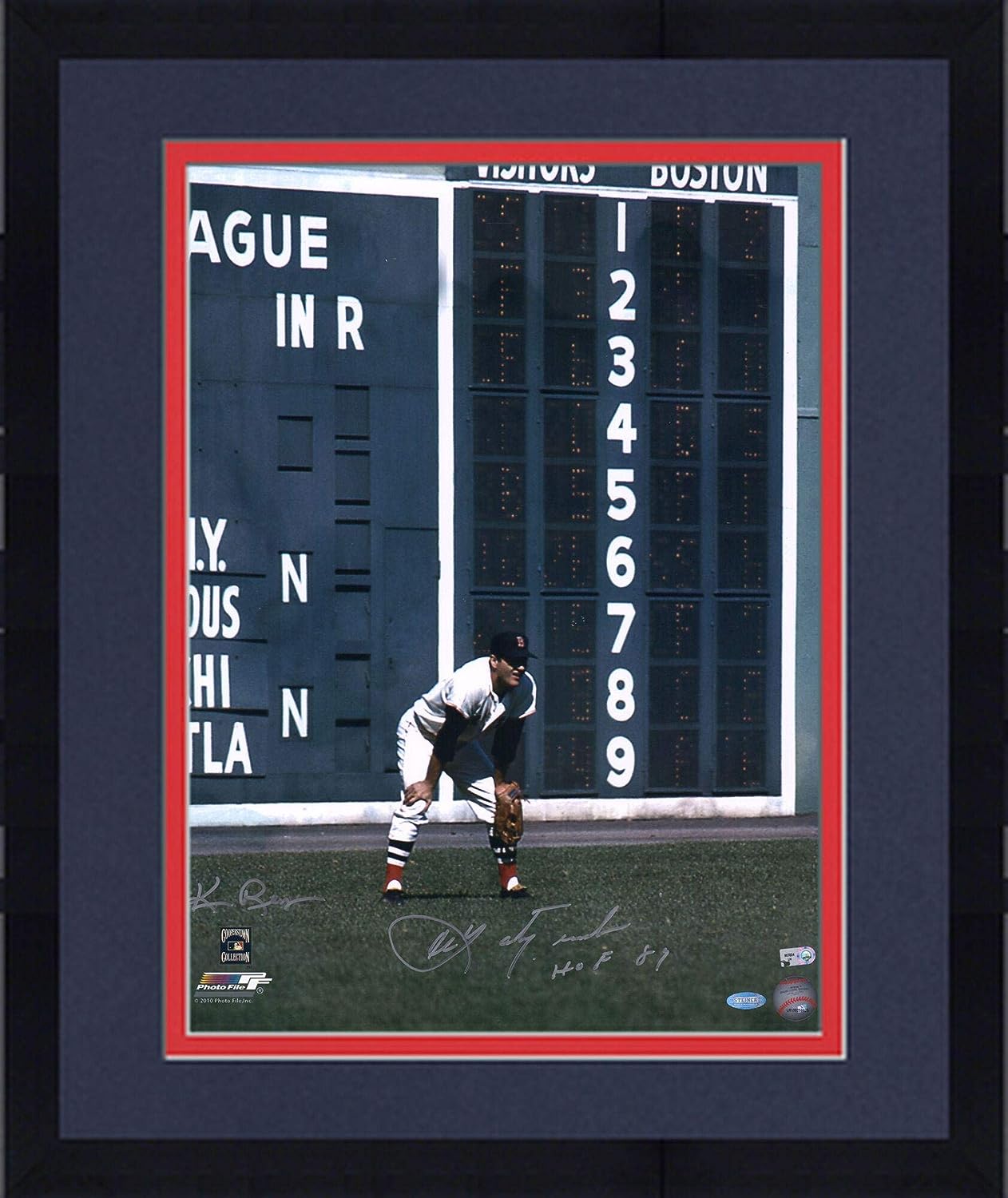 This 16" x 20" photograph has been personally hand-signed by Carl Yastrzemski with the inscription "HOF 89." It has been obtained under the auspices of the Major League Baseball Authentication Program and can be verified by its numbered hologram at MLB It also comes with an individual numbered, tamper-evident hologram from Fanatics Authentic. This process helps to ensure that the product purchased is authentic and eliminates any possibility of duplication or fraud. If a product is unsigned or non game-used, a hologram will not be included Carl Yastrzemski memorabilia. Boston Red Sox memorabilia